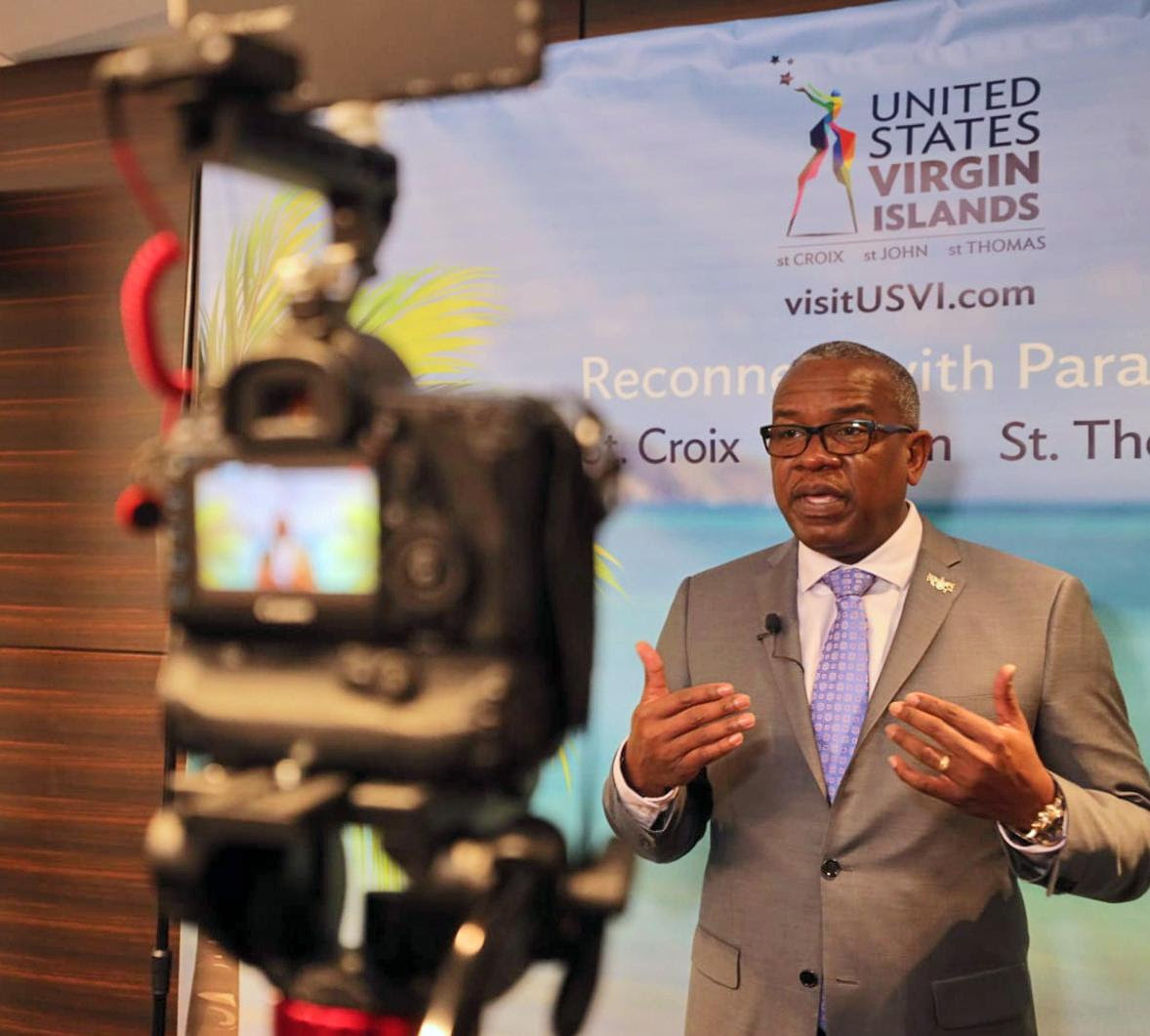 [WASHINGTON, D.C.] – United States Virgin Islands Governor Albert Bryan Jr. said restoring intra-regional travel was an integral first step for restoring Caribbean tourism, and that Puerto Rico could be a key player in boosting tourism for the region and beyond.

The governor attending the National Governors Association winter meeting.  Governor Bryan concurred with Caribbean leaders on the importance of rebooting intra-Caribbean travel.  All while lamenting the inconvenience of needing to transit through Miami when traveling to a neighboring island.

Using Puerto Rico as an Ally

To avert such time-consuming diversions he suggested a “greater hopper system” out of Puerto Rico.  “That’s a great hub so you can get to some of the smaller islands that are emerging as tourism destinations,” as well as flying people who want to get to their homes in other Caribbean nations.
“So I think that Puerto Rico needs to develop that Caribbean hub.  They need to develop their transit flights from Europe, as well as South America. That would have a huge impact on not only Puerto Rico, but also smaller islands,” he said.
Additionally, the governor asserted Puerto Rico, because of its proximity to the USVI and its massive agricultural, production and shipping resources, can “single-handedly lower the cost of living in the Caribbean by establishing these food and service hubs in Puerto Rico, traveling out to our smaller islands”.
On the current state of the tourism sector Governor Bryan believes the Territory, with it’s varied resources, had prepared “in a way that bolsters us against any surges in the pandemic”. He added that the USVI was in the midst of a US$10 billion renovation of its infrastructure.  Including its ports and shoreline in Charlotte Amalie, revamping the city of Frederiksted on St. Croix, and enhancing its sports tourism facilities.
Turning to the smallest of the U.S. Virgin Islands, the governor reported that St. John, with its natural beauty, was booming in terms of visitors relaxing in the beauty of the beaches.  As well as the National Park, which he pledged would be preserved forever.
Governor Bryan lauded the support of the hospitality sector during the pandemic which helped balance people’s livelihoods as well as their health.

The Territory’s hard work to safely receive cruise ships led to a newfound productive and collaborative relationship with the major cruise lines.
The governor’s open port approach also helped to strengthen a niche sector of the tourism industry – marine tourism.  “I allowed all of the U.S. flagged boats to return to the Virgin islands when Puerto Rico and other ports said no. And, we kept seeing more and more vessels every single day.  Then when the pandemic set in really hard, they just stayed”.   Then charter boat companies from the British Virgin Islands and from other places sailed into USVI marinas.
Among the incentives the Bryan Administration offered the private sector was legislation allowing hoteliers to use their room tax to revive and revamp their hotels.  As well as improvements or new hotel construction. Describing the incentive as “huge”, the governor reported Marriott Frenchman’s Reef on St. Thomas was expected to be operational by the end of the year, and planning for the return of the formerly Wyndham-flagged Sugar Bay was underway.

Effect of the pandemic

As for the pandemic’s effect on tourism, he stated that by studying the numbers in other destinations, he knew a sharp Omicron spike would be followed by declining numbers in February. “And, that’s what’s happening and we are starting to see our tourism picking back up once again. And hopefully we’re going to have a good February and the rest of the season.”
Governor Bryan met with U.S. lawmakers and senior officials in Washington, D.C. over the past few days.  He voiced his gratitude for the support received from the U.S. Government.  “When I look at my Caribbean neighbors, it’s been such a blessing to be under the U.S. flag.”
Over the past 18 months the USVI had received over a billion dollars “to take care of things like shoring up our hospitals, ventilators, immunizations, vaccinations, masks … you name it, we’ve gotten money to do it”.  Especially beneficial, he said, were resources going into the schools for the children. “So every schoolchild in the Virgin Islands now has a laptop and has access to the internet and is able to connect to their teacher virtually. This is huge for us.”
The governor noted the percentage of residents vaccinated was up to about 65%.  “which isn’t that high, but is extremely high for the Caribbean where people have been resistant”.   To overcome vaccination hesitancy in the Territory, the Government offered incentives, including US$100,000 raffled every week, and giving people checks for US$250.
Governor Bryan invited and encouraged Virgin Islanders living on the mainland United States and elsewhere to contribute their expertise.  Expertise gained from living abroad  to help support and strengthen the Territory.   Through virtual interactions with government, businesses, individuals and community groups in the U.S. Virgin Islands.