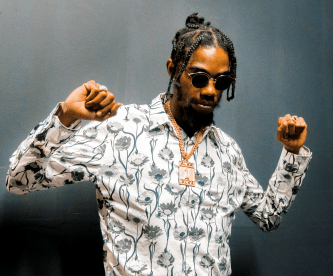 [MIAMI] –  In light of the recent developments, Kereena Beckford, the manager for Billboard charting artiste Alkaline issues the following statement:

At the start of 2021 when the team decided to compile a body of work. One that would reflect where the talent was at artistically; appease the needs of the Vendetta fans and other stakeholders, we knew of the challenges yet met them head on.

From the official announcement of Alkaline’s sophomore album, Top Prize, to its release and the ongoing litigation of criticism, we’ve held ourselves to an international standard whilst keeping the Vendetta fans at the core of everything we do.

Alkaline’s Top Prize album success globally speaks volumes amongst its counterparts as it debuted at #2 on the Billboard Reggae Album charts; #1 on the US Current Reggae album chart; #56 on the US Top Current Album sales chart; #19 on the Heatseekers chart & #39 on the Emerging Artiste chart attest to such.

Though the album didn’t earn enough votes from the voting pool of The Recording Academy for Best Reggae Album Grammy nominations, the aforementioned successes demonstrates that though it isn’t the ‘industry’s favorite’, it remains the people’s choice.

We would like to say thank you to the Vendetta fans for their unwavering support and unrelenting defense. In addition, to the other players in the industry, congratulations whether or not you’ve received a nomination.

Alkaline remains one of the most successful independent artiste to have emerged from the genre and region. He represents, and his legacy will be judge by history.