by Howard Campbell[[KINGSTON, Jamaica] – Bob Marley’s appeal as a singer/songwriter and ambassador of peace has grown substantially since his death.. 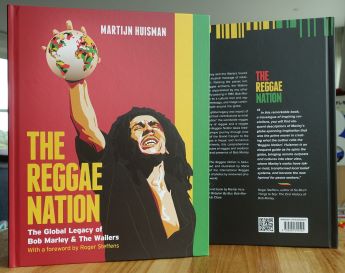 [[KINGSTON, Jamaica] – Bob Marley’s appeal as a singer/songwriter and ambassador of peace has grown substantially since his death on May 11, 1981 at age 36. That legend has impacted diverse peoples and movements that have changed the world.

Dutch writer Martijn Huisman shows how Marley — who would have turned 77 on February 6 — impacted groups like the Sandinistas in Nicaragua and protestors at Tiananmen Square in China with his book, The Reggae Nation: The Global Legacy of Bob Marley & the Wailers.

Released last September, it has 432 pages complemented by multiple photographs. “When I started working on the project in 2011, I never expected it to turn into a book. In fact, I did not fully realize the amount of work it would involve, nor did I think that it would take almost 10 years to finish. As I consulted countless sources of information and talked to many knowledgeable people, the months turned into years and the scope of ‘The Reggae Nation’ kept expanding,” said Huisman.

“Family, friends, and colleagues would often ask about the book. The answer was always the same; work in progress, with a lot of work still to do. Really, it was a great challenge to research and write this book. At the same time, it was also an amazing adventure which took me to places around the world; from Tokyo and New York to Benicàssim in Spain, for the Rototom Sunsplash reggae festival, and Birmingham, England, to speak at the 2018 Reggae Innovation and Sound System Culture conference.” 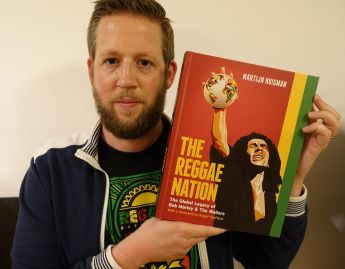 Huisman looks at how Marley’s songs have transformed lives and cultures of the Maoris in New Zealand. In addition, Aborigines in Australia, Native Americans in the United States as well as indigenous groups in Asia and Africa.

He also reflects on how the Jamaican’s music inspired freedom fighters in southern Africa during the 1970s. Most notably Rhodesia which became Zimbabwe in 1980. Marley performed at that country’s independence celebrations in Harare in April that year.

From the city of Rotterdam, Huisman studied journalism at the University of Erasmus there. He has followed Jamaican pop culture since 2000. In 2010 he wrote Babylon by Bus, an extensive essay reflecting on Marley’s 1976 tour of The Netherlands.